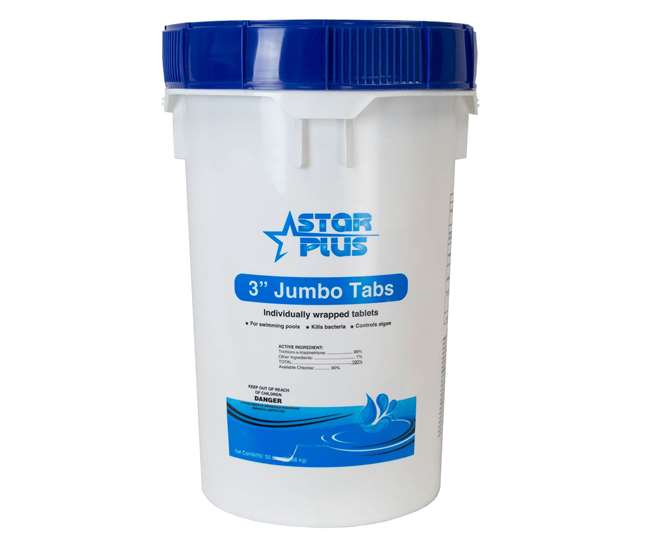 Chlorine is an element of nature – it is number 17 in group 17 (Halogens) on the Periodic Chart of the Elements.   It is a gas in its elemental form.  Using various processes,  different chlorine compounds are manufactured which we use in the swimming pool industry:

To protect chlorine from the sun’s UV rays and keep it in the pool, a chlorine stabilizer (cyanuric acid)  is used.  The cyanuric acid (CYA) compound is made up of three carbon atoms, three nitrogen,  three oxygen and three hydrogen atoms (C3N3O3H3).  You can read about the use (the good AND the bad) of cyanuric acid from a page out of our service manual here. 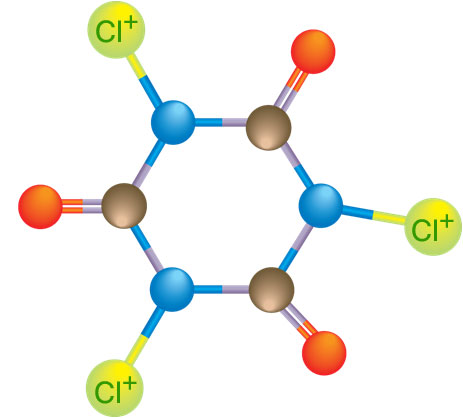 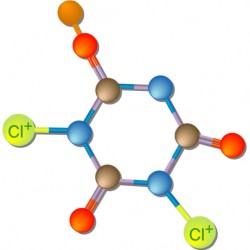 The Anhydrous DiChlor Molecule. It contains 2 Cl+ atoms, both have oxidizing power

When TriChlor or DiChlor is used to disinfect a swimming pool, the chlorine will get “used up” and the cyanuric acid will “build up”.  At the bottom of page 54 of our Pool & Spa Operator Handbook it states that one pound of 56% grade DiChlor (dihydrate) in a 10,000 gallon pool will provide about 6.7 ppm of chlorine and about 6 ppm of stabilizer.

This equates to about a 10:9 ratio, which means that any time you add 10 ppm of chlorine to any size pool using DiChlor, you are also adding (“building-up”) 9 ppm of cyanuric acid.

You can use the atomic mass numbers from the Periodic Chart of the Elements with a little math and come up with the chlorine/cyanuric acid ratio of TriChlor: it’s about 10:6.  This means that any time you add 10 ppm of chlorine using TriChlor, you are adding (“building-up”) 6 ppm of stabilizer.

Thanks again Shelly Miller, the crew at the Superior Pool Products building in Anaheim, and PoolCorp for hosting our CPO Certification class this past Thursday & Friday, September 22-23, 2011.  And a special thanks to Tony for helping us carry our equipment and supplies upstairs.