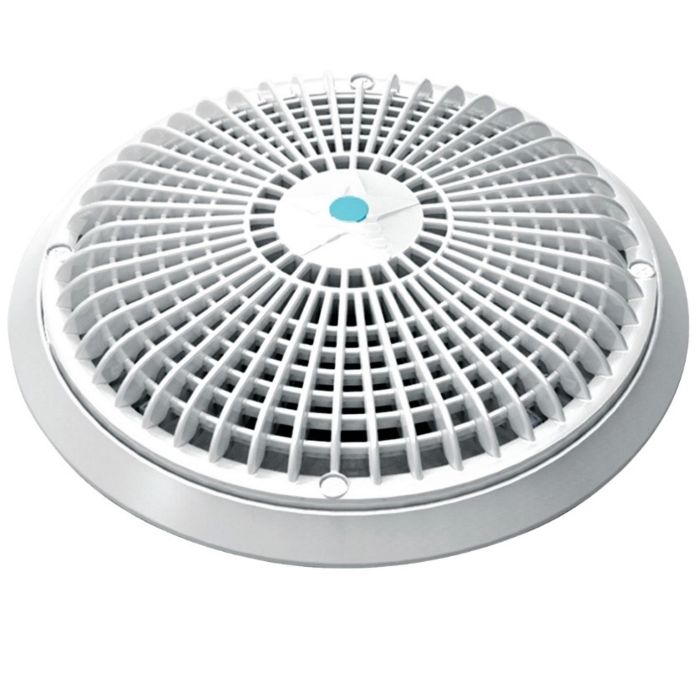 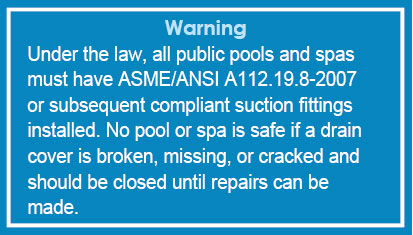 The new NSPF Pool & Spa Operator Handbook – 2011 Edition – from the National Swimming Pool Foundation has been updated to include a GREAT overview of the Virginia Graeme Baker Pool and Spa Safety Act (aka “P&SS Act”).  This law was signed by President Bush on December 19, 2007 and compliance was mandatory for all public pools after December 19, 2008.

The overview in the Foundation’s new “Appendix C” does a great job of describing what the law is and its technical aspects.  It also describes the Consumer Product Safety Commission’s authority: “The P&SS Act also strengthened the CPSC’s civil and criminal penalty authority, giving the agency the ability to shut down pools or spas that are not in compliance with the law.” The CPSC established a new web site: PoolSafely.gov dedicated to Pool and Spa safety.  You can download the entire P&SS Act from there: Pool and Spa Safety Act.

Also included in the new NSPF Pool & Spa Operator Handbook are overviews of the new revision of the Americans with Disability Act in regards to swimming pools and CDC’s Model Aquatic Health Code. 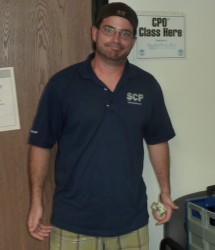 Josh — SCP’s one and only Stand-up Comedian

Our CPO certification class this past Thursday and Friday, June 2-3, 2011, at SCP San Diego,  included this new material from the Foundation.  We had a good discussion with lots of participation and feedback.

Pictured here is Josh Lawson, one of the very important counter guys at SCP San Diego — but he’s no ordinary counter guy.   His hobby is stand-up comedy, performing a few times a year at the local comedy clubs.   But when visiting with him a little, you’ll soon realize that comedy is just a hobby for him — his TRUE passion is for our Lord.  He goes on several mission trips each year, in affiliation with AIM – Action Impact Missions.   He has traveled to Haiti about 8 times since the 2010 earthquake, helping the people, giving them comfort, helping them to rebuild and spreading the word of our Lord Jesus Christ — kudos Josh!

Friday evening, on our way home from class, we stopped for dinner in Carlsbad and were joined by a very special guest:  Laurie Batter.  Laurie’s company, BatterUp! Productions is the public relations firm for the National Swimming Pool Foundation.  It was a real pleasure meeting and spending time with her and Bruce — we had great evening getting to know each other over a very tasty Mexican fare on the outdoor patio at Casa de Bandini in Carlsbad.

Thanks Dave-O and crew at PoolCorp’s SCP, San Diejo– see you again in July.