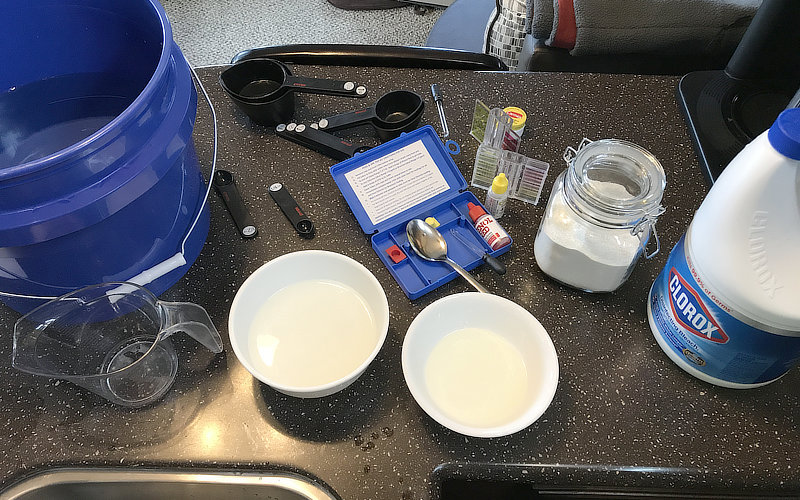 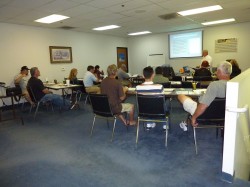 Can you find the Ace’s?

We continue to have a fun time in Anaheim!  The class was full this past Thursday and Friday, May 20-21.  The munchies were great and the students were enthusiastic!  Two students ACED the test — can you spot them?   The student dynamics and diversity are always interesting.

We had a 25+ year pool industry veteran, an Imperial County Health official, property managers, facility supervisors, and new guys in the industry (one of which ACED the CPO exam!).

One of the students, a veteran pool guy, still uses chlorine gas to disinfect his pools.  He has retained his permit and license to do it, despite the fact that new permits and licenses for shooting and storing chlorine gas are very difficult to obtain anymore, due to its dangerous, toxic nature.

Speaking of chlorine and nature……chlorine IS an element of nature (a gas): number 17 in group 17 on the periodic chart of the elements!  No matter how it is packaged  —  as tablets, liquid, granular (with or without stabilizer) — when it hits the water, hypochlorous acid (HOCl) is produced, and it will kill any bacteria that is in the water. 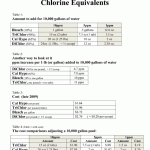 It will oxidize the dead bacteria and other contaminants (cleanse the water), while keeping some HOCl residual in the water (with a little help from the stabilizer) to be ready to kill and oxidiz 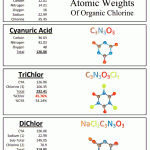 How much chlorine is really in a 3″ tab, or a pound of dichlor?

On the left is a handy chart that compares the different  types of chlorine.  It shows the equivalent amount of tabs, dichlor, liquid or cal-hypo to add to a 10,000  gallon pool to change the chlorine levels.  It also shows a cost comparison.

Once again we wish to thank the wondeful people at Pool Corp, especially the folks at Superior, Anaheim. 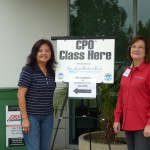 Elizabeth Nappi of Superior, Anaheim and Elise on the right

Here’s Elizabeth Nappi, Supervisor of the CAC department at Superior, Anaheim pictured with the gal that makes it all happen — Elise!